1) Explain what is IDE? Name some Java IDE?

IDE stands for Integrated Development Environment. Some of the Java IDE are

2) Define Eclipse? What are the key Eclipse projects and technologies?

Eclipse is used in several different areas, e.g. as a development platform for Android or Java applications. It is also used for managing and deploying software across the entire software lifecycle.

The key Eclipse projects and technologies are;

3) Explain what are activities you can do in Eclipse?

In Eclipse, you can do following activities,

4) What are the steps to change the JDK compliance level?

The steps to change the JDK compliance level

5) Explain how can you generate JavaDoc documentation for your code?

To generate JavaDoc documentation for your code,

In Eclipse, you have to follow the following steps, 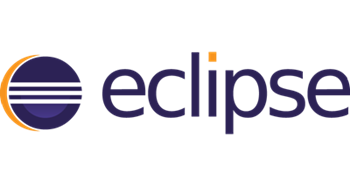 6) Explain what are extension points?

Whenever a plug-in wants to allow other plug-ins to extend or customize portions of its functionality, it will declare an extension point.

7) Explain how to config a plugin to start automatically during platform starts up?

To config a plugin to start automatically during platform starts up, define the ‘Eclipse-AutoStart=true’ header in Manifest file.

8) Explain what is an eclipse modeling framework?

An eclipse modeling framework is a Java/XML framework. It is used for generating tools and other applications based on simple class models.

9) Explain how can you hide menu contributed by other plugins?

To hide menu contributed by other plugins, you can use org.eclipse.ui.activities extension.

10) Mention what are the differences between ‘Import-Package’ and ‘Require-Bundle’ in Eclipse?

11) Explain what is Shell and what is Display?

12) Explain what is included in a Rich Client Platform?

In a rich client platform, it includes

13) Mention what is the classpath of a plugin in eclipse?

14) Explain how can you add a library to the classpath of a plug-in?

To access particular library from a plugin, the library needs to be added to the classpath of a plug-in.  There are four ways of doing this.

15) Explain how to access UI objects from a non-ui thread?

To access UI objects from a non-ui thread, use command

This will cause the run() method of the runnable to be invoked by the user-interface thread at the next reasonable opportunity.

16) Explain how to fire a key event in the test code to make the program act as if a user pressed a key?

To fire a key event in test code to make the program act as if a user pressed a key. You need to follow two ways.