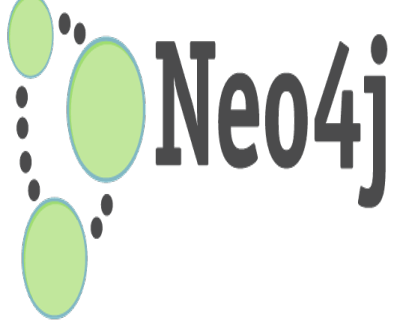 Neo4j is an open source NOSQL graph database, implemented in Java. It saves data structured in graphs rather than in tables.

2) For what Neo4j is widely used for?

Neo4j is widely used for

3) Mention what is the difference between Neo4j graph database and MySQL?

4) Mention some of the important characteristics of neo4j?

Some important characteristics of neo4j includes

5) Explain the role of building blocks like Nodes, Relationships, Properties and Labels in Neo4j?

The role of building blocks 6) Explain how you can run CQL commands in Neo4j?

You use “$” prompt to run all CQL commands in Neo4j.

7) Mention what are the different types of object caches in Neo4j?

There are two different types of object caches in Neo4j

8) Mention which query language does Neo4j use and what is consist of?

Neo4j uses Cypher query language, which is unique to Neo4j. Traversing the graph requires to know where you want to begin (Start), the rules that allow traversal (Match) and what data you are expecting back (Return). The basic query consists of

9) Is it possible that with Neo4j you can query it over the internet?

As such Neo4j got RESTful API, you can query over the web, or you can run it locally.  It runs in the Heroku or Cloud.

10) Explain how you can create/delete databases in Neo4j?

To delete/remove entire graph directory you can use command rm –rf data/* as such Neo4j is not storing anything outside that.

11) Explain how Neo4j can be helpful in detecting Brute Force Attack?

Neo4J allows to store and retrieve multiple complex relations. The capability of Neo4j to do complex query in real time is really helpful in identifying a brute force attack much quicker.  The most crucial thing in detecting such attacks is to capture enough information about each requests like

12) Mention how indexing is done in Neo4j?

There was no indexing in earlier days for Neo4j, but later on it was introduced with new feature Automatic Indexes by using the command

13) Mention how files are stored in Neo4j?

Neo4j stores graph data in a number of different store files, and each store file consists of the data for a specific part of the graph for example relationships, nodes, properties etc. for example Neostore.nodestore.db, neostore.propertystore.db and so on.

14) Mention what Neo4j CQL command is used for?

Neo4j CQL command can be used for

15) Explain what Neo4j CQL MATCH command is used for?

The CQL MATCH command in NEO4j is used for

The syntax for MATCH command is

The rule for using MATCH command is that you cannot use this command alone to fetch data from the database otherwise it will show invalid syntax error.

17) Explain what does the SET clause is used for in Neo4j?

Neo4j CQL use SET clause for the following purpose

18) Explain what Neo4j CQL LIMIT clause is used for?

Neo4j CQL LIMIT clause is used for limit or filter the number of rows return by a query.

19) Mention the IN Operator syntax in Neo4i?

The IN Operator syntax in NEO4j would be something like this

Neo4j stores primitive array in a compressed way in order to save the space on disk, to do that it uses a “bit saving” algorithm.