1) List out the methods used for well test analyses?

2) Mention what is the main advantage of using the pressure drawdown tests?

The draw down test will help you to estimate the reservoir volume.

3) Explain what is well logging?

A well log is used for graphical representation of any drilling condition or subsurface features that come across while drilling, which is used for the evaluation of the well.

4) Mention what are the different types of well logging?

5) Explain what is Pseudo Pressure?

Pseudo pressure is a mathematical pressure function which accounts for the variable compressibility and viscosity of gas with respect to pressure. 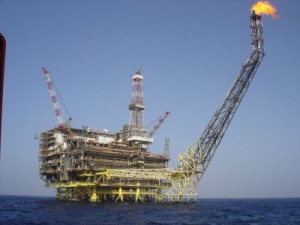 “Bull heading” is a process, where gas is forced back into a formation by pumping into the annulus from the surface.

7) Which mineral is frequently used to increase the weight or density of drilling mud?

Barium Sulfate or BaSO4 mineral is frequently used to increase the density of drilling mud.

8) What is the importance of drilling muds?

9) What is the drill-stem testing?

Lowering a device into the drill hole to measure the pressures, it will reveal whether reservoir rock has been reached.

10) Explain what is hydraulic fracturing?

Hydraulic fracturing is a technique in which tons of gallons of water, chemicals and sand at high pressure is pumped down across the drilled well. This pressurized mixture makes rock layer to crack and make small space or fissure, through which natural gas emits out.

11) What is proppant and what is the use of it?

A proppant is a solid material, which is treated with sand or ceramic materials. It is used to keep the induced hydraulic fracture open.

12) Explain what is perforation in oil well drilling?

A perforation is a hole made in the casing or liner of an oil well to connect it to the reservoir.

13) Explain the term desander and desilter?

14) Explain what is dogleg?

Dogleg term is used to refer for an abrupt change in direction in the wellbore, resulting in the formation of the keyseat.

15) Explain what is wellbore storage?

16) Explain what is a blowout preventer?

Blowout preventer is installed on the top of the well and is used to control the back pressure produced by oil during the drilling process.

17) Explain what is annular blowout preventer?

Annular blowout preventer is usually a large valve, installed above the ram preventers, it forms a protective seal in the annular space between the pipes and well bore. It seals the annulus between the Kelly, drill collar and drill pipe.

18) Explain what is die insert?

Die insert is a hard steel, a serrated piece which is removable and fits into the jaws of the tongs and firmly holds the body of the drill pipe, drill collars while the tongs are making up or breaking out of the pipes.

Induction logs are used in wells that do not use water or mud, but oil-based drilling fluids or air. They are non-conductive and therefore cannot use electric logs instead they use magnetism and electricity to measure resistivity.

21) Explain how Spontaneous logs are useful?

Spontaneous logs determine the permeability of the rocks in the well by denoting the electrical currents produced between the drilling fluids and formation water held in the pore spaces.

22) Explain what is underbalanced drilling?

23) Explain the method of “Gas injection down the drill pipe”? What are the advantages of this technique?