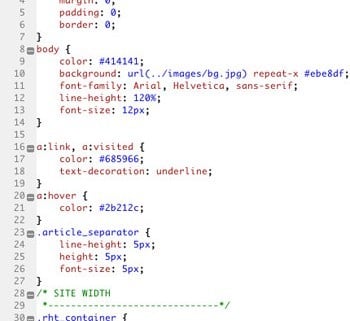 In every industry, the use of websites and web applications is increasing day by day, and CSS is an essential part to build attractive websites. So, there is a huge demand for UI/UX and Web designers having a good knowledge of CSS with HTML.

To build a career as a UI/UX or Web Designer, candidates need to crack the interview in which they are asked for various CSS interview questions.

The full form of CSS is Cascading Style Sheets. It is a styling language which is simple enough for HTML elements. It is popular in web designing, and its application is common in XHTML also.

3. What are the different variations of CSS ?
The variations for CSS are:

4. What are the limitations of CSS ?

5. What are the advantages of CSS ? 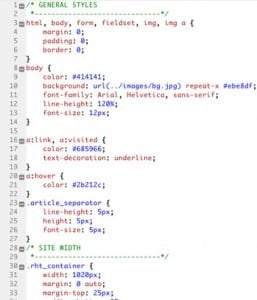 6. What are CSS frameworks?

It is a pre-planned libraries, which allows easier and more standards-compliant webpage styling, using CSS language.

7. How block elements can be centered with CSS1?

Block level elements can be centered by:

The margin-left and margin-right properties can be set to some explicit value:

In this case, the left and right margins will be each, five ems wide since they split up the ten ems left over from (40em-30em). It was unnecessary for setting up an explicit width for the BODY element; it was done here for simplicity.

8. Who maintains the CSS specifications?

9. In how many ways can a CSS be integrated as a web page?

CSS can be integrated in three ways:

10. What benefits and demerits do External Style Sheets have?
Benefits:

12. What does CSS selector mean?

A string equivalent of HTML elements by which declarations or a set of it, is declared and is a link that can be referred for linking HTML and Style sheet is CSS selector.

The design and customization of documents are rendered by media. By applying media control over the external style sheets, they can be retrieved and used by loading it from the network.

Ruleset : Selectors can be attached to other selectors to be identified by ruleset.

It has two parts:

Although, there are no case-sensitivity of CSS, nevertheless font families, URL’s of images, etc is. Only when XML declarations along with XHTML DOCTYPE are being used on the page, CSS is case -sensitive.

A catalog of directions within braces consisting of property, colon and value is called declaration block.
e.g.: [property 1: value 3]

20. Why is it easy to insert a file by importing it?

Importing enables combining external sheets to be inserted in many sheets. Different files and sheets can be used to have different functions. Syntax:

21. What is the usage of Class selector?

Selectors that are unique to a specific style, are called CLASS selectors. Declaration of style and association with HTML can be made through this. Syntax:

While an overall block is given to class selector, ID selector prefers only a single element differing from other elements. In other words, ID are uniques while classes are not. Its possible that an element has both class and ID.

23. Can more than one declaration be added in CSS?

Yes, it can be achieved by using a semicolon.

Pseudo-elements are used to add special effects to some selectors.  CSS in used to apply styles in HTML mark-up. In some cases when extra mark-up or styling is not possible for the document, then there is a feature available in CSS known as pseudo-elements. It will allow extra mark-up to the document without disturbing the actual document.

25. How to overrule underlining Hyperlinks?

26. What happens if 100% width is used along with floats all across the page?

While making the float declaration, 1 pixel is added every time it is used in the form of the border, and   even more float is allowed thereafter.

27. Can default property value be restored through CSS? If yes, how?

In CSS, you cannot revert back to old values due to lack of default values. The property can be re- declared to get the default property.

Different media has different properties as they are case insensitive.

29. What is CSS Box Model and what are its elements?

This box defines design and layout of elements of CSS. The elements are:

30. What is contextual selector?

Selector used to select special occurrences of an element is called contextual selector. A space separates the individual selectors. Only the last element of the pattern is addressed in this kind of selector. For e.g.: TD P TEXT {color: blue}

A color can be specified in two ways:

When a set of images is collaborated into one image, it is known as ‘Image Sprites’. As the loading every image on a webpage consumes time, using image sprites lessens the time taken and gives information quickly.

In this case, only the part needed is used. The user can save substantial margin and time through this.

33. Compare Grouping and Nesting in CSS ?

Grouping:  Selectors can be grouped having the same values of property and the code be reduced.
E.g. :

It can be seen from the code that every element shares the same property. Rewriting can be avoided by writing each selector separated by a comma.

34. How can the dimension be defined of an element ?

Dimension properties can be defined by:

By float property, the image can be moved to the right or the left along with the text to be wrapped around it. Elements before this property is applied do not change their properties.

36. How does Z index function?

Overlapping may occur while using CSS for positioning HTML elements. Z index helps in specifying the overlapping element. It is a number which can be positive or negative, the default value being zero.

37. What is graceful degradation?

In case the component fails, it will continue to work properly in the presence of a graceful degradation. The latest browser application is used when a webpage is designed. As it is not available to everyone, there is a basic functionality, which enables its use to a wider audience. In case the image is unavailable for viewing, text is shown with the alt tag.

38. What is progressive enhancement?

It’s an alternative to graceful degradation, which concentrates on the matter of the web. The functionality is same, but it provides an extra edge to users having the latest bandwidth. It has been into prominent use recently with mobile internet connections expanding their base.

39. How can backward compatibility be designed in CSS?

HTML sheet methods is collaborated with CSS and used accordingly.

40. How can the gap under the image be removed?

As images being inline elements are treated same as texts, so there is a gap left, which can be   removed by:

@import is preferred only at the top, to avoid any overriding rules. Generally, ranking order is followed in most programming languages such as Java, Modula, etc. In C, the # is a prominent example of a @import being at the top.

42. Which among the following is more precedent: CSS properties or HTML procedures?

CSS is more precedent over HTML procedures. Browsers, which do not have CSS support, display HTML attributes.

The Inline style in a CSS is used to add up styling to individual HTML elements.

It is defined by a set of elements, value and its parts.

A style, that helps in influencing CSS. E.g. FONT. They have corresponding values or properties within them, like FONT has different style like bold, italic etc.

47.  What is Alternate Style Sheet?

48. Are quotes mandatory in URL’s?

Quotes are optional in URL’s, and it can be single or double.

Rule, which is applicable in the entire sheet and not partly, is known as at-rule. It is preceded by @ followed by A-Z, a-z or 0-9.

50. How can CSS be cascaded to mix with user’s personal sheet?

Properties can be a set in recommended places and the document modified for CSS to mix with user’s   personal sheet.