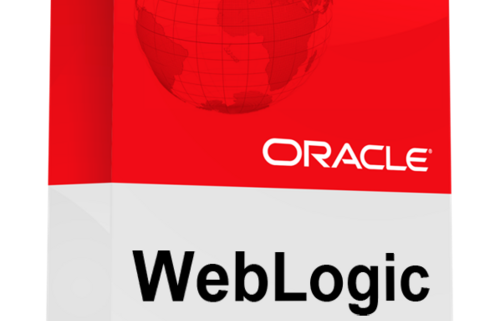 Web.xml is an XML document that is mainly for application purpose and it helps in listing out the J2EE components and configuration that of your application in J2EE modules format.

3. What is the name of default JVM that is made used for WebLogic?

The sun hotspot JDK default is made used for development, JRockit is the one used for production of WebLogic 11g as well as 12c. Operating system is another factor that helps in choosing the certified JDK JVM.

4. Explain the methods for providing user credentials for starting the server?

At the time of the creation of domain, the wizard for setting configuration asks for the details like user name, password etc. from the user who is logging in for the first time as an administrator. If the domain is created in development mode, the configuration wizard saves the encrypted password as well as the username inside an identity file. This file is available for reference during the time of booting so that in the absence of this file, system can prompt the user for the purpose of entering credentials. A new boot – identity file can be created if you want to change the use credentials or else if you are having the requirement of creating domain in the production mode.

5. Is there any possibility for starting managed server during the absence of administrator server? This is a kind of server that supports various services as well as infrastructure that are related with JEE applications. WebLogic server is capable of deploying components as well as applications through WSDL, UDDI and SOAP. This server gets configured as a web server by making use of HTTP listener for supporting the HTTP. Web servers like that of Apache, Netscape and Microsoft are utilized.  The configuration of a web server allows WebLogic is capable of providing services to dynamic and static requests that are usually generated by servlets, HTML and JSP.

7. What are the capabilities of WebLogic server?

There are various capabilities associated with WebLogic server and they are

8. Explain about the function associated with T3 in WebLogic server ?

HTTP is the protocol that is made used for the purpose of enabling communication between the WebLogic server and processes.

10. Explain the functionality of IIOP ?

IIOP is a kind of protocol helpful in enabling the communication between WebLogic server and object request broker.

11. How do stubs function inside WebLogic server cluster at the time of failure?

Stubs perform the process of removing the failed instance from the list whenever there is a failure. The stub usually makes use of DNS for finding the running server and also for obtaining the list of the instances that are currently available with the application. List of the instances available with the server inside cluster gets periodically refreshment and allows in acquiring advantages associated with new servers. The advantages are gained as the server gets added to the cluster.

12. How can default JVM be changed to other?

For changing the JVM can be done by following the steps below.

13. How clients handle the DNS – requests to the failed servers?

Bandwidth gets wasted in the case of continues DNS requests to that of unavailable machine at the time of server failure. This problem usually occurs during the time of startup associated with the application that of client side. The servers that are unavailable are removed by searching DNS entries provided by WebLogic server. This removal prevents the clients from accessing failed servers. A third party load – balancers are made used for avoiding the unnecessary DNS requests. Some of the third party load – balancers are BigIP, resonate, local director and Alteon. The main function of these third party loads – balancers is to mask multiple addresses of DNS in to a single one.

14. Explain the functionality of T3 associated with WebLogic server?

T3 is capable of providing framework or overall structure for the messages that are capable of supporting the enhancements. The enhancements comprises of product tunneling, working in the context associated with clusters of WebLogic server and also in object replacement.

Classpath can be set by making use of the following script WL_HOME\server\bin\setWLSEnv.cmd (in case of windows).

16. Explain the functioning of Stub?

Stub is usually expected by the people who connect to the WebLogic server cluster. The stub has the list that consists of the available instances of server that perform host implementations associated with object. The stub also has the functionality of balancing the load by distributing load amongst the host servers.

17.  What are the steps for the creation of Pooling within Tomcat server?

18. How can you differentiate server crash and server hang?

19. What are the causes for server crash?

The major reasons for the occurrence of server crash are the native IO, JVM, supported configuration, JDBC driver issues and SSL native libraries.

20. How can you solve the issue of server crash?

A crash associated with JVM is capable of generating hs_err_pid file. You need to refer this file for finding out the root cause for such a crash. In the case of native IO being the origin of thread, you need to disable it. If the origin of the problem is from the driver, need to contact the driver team.

21. How can Server Hang be solved?

Java WebLogic.Admin PING needs to be checked for finding whether you get a normal and positive response. You can find out the root cause for hanging from this file. You just need to rectify the errors that are identified from this file.

22. Explain the reasons for server hang?

The major reasons that lead to the server hang are memory leak, deadlock, and long time for returning.

Memory leak is the condition that arises when the objects get retained in the heap even after they have no use.

24. What causes the condition OUT OF MEMORY?

25. How can the OUT OF MEMORY be solved?

There is a possibility for collecting the memory data after enabling GC – verbose. If the condition has aroused because of HTTP session, then it will be automatically solved when the session gets time out. You should also verify the code associated with the handling of jdbc connectivity. You should also optimize the size of the heap by considering the load.
26. When can high usage of CPU occur?

This is the condition that usually occurs when a single thread or process makes use of a larger portion of the CPU in an unexpected manner.

27. How can the issue associated with high CPU usage be solved?

In windows platform the issue of CPU high usage can easily be solved by making use of pslist and also with the process explorer to observe the function performed by the thread or the process.

Clustering is the process of grouping the servers together for accomplishing high percentage of scalability and availability.

29. What is the purpose of clustering?

The major goal of performing the process of clustering is to make high scalability as well as availability of the servers possible. This process also helps in balancing the load in a proper manner and also accomplishes failover.

30. How can cluster communication occur?

The communication through cluster is made possible by the multicast IP as well as port by the process of sending periodic messages which are normally called as heartbeat messages.

31. What are the various types of WebLogic installations?

The WebLogic installation usually occurs in three different modes which are:

It is a kind of installation type that makes use of interactive GUI.

This is a kind of installation type that follows interactive text based method.

This is a method of installation that is non-interactive and is usually based on the .xml properties – file.

Unicast is the method used in the clustering technique where there are cluster master and each server should ping to this cluster master for informing that the server is alive.

It is a kind of clustering system where there is no cluster master and each and every server needs to ping each other for informing their existence. Multicasting has many messages to be sent in the form of ping as each server needs to inform all others about its existence. This condition creates much complexity associated with the method compared to unicast.

37. What is a stage deployment?

Stage deployment is a kind of process in which the admin gets a physical copy which is distributed to the other instances.

38. What is non-stage deployment?

There is no copy in the administrator but each and every server needs to contact the source directly for getting the item to be deployed.

39. How can port number be checked?

Port number can be checked by using netstat-na|grep connected.

40. How to find out the listening ports?

Listening ports can be found out by using netstat-na|grep listen.

41. How to check the version of Java?

Version of java can be checked by using [roo@h1vm/]#java-version.

42. How is it informed when the server is added to the cluster?

The availability of the new server in the cluster is broadcasted by the WebLogic server – cluster.

43. How many WebLogic servers can be held inside a multi-processor machine?

There is no limitation for the number of servers.

44. What is application tuning?

This is the process of setting up TCP/IP parameters.

46. What is Core Server tuning?

This process involves monitoring of the garbage collection and the tuning of gc strategy.

Machine is the logical representation that of the physical machine.

Node manager is a service from Java that is capable of running separate process other than that of WebLogic server.

Domain can be defined as the group which comprises of various WebLogic – server resources.